I'm a Pittsburgh sports fan but I'm currently a resident of Columbus, and I was a little surprised to see an ad in my email account today suggesting I buy tickets to Blue Jackets games ... and giving me no reason to do so other than that they're going to be playing the Penguins, Red Wings, Blackhawks and Rangers. I'm sure it's not uncommon for NHL teams to advertise by pointing out who they'll be playing, but the Blue Jackets don't play some of these teams for months, and there's almost nothing to this ad besides a suggestion that I go to games in Columbus to watch other teams. Not that I don't understand, of course; it must be tough to be in the Blue Jackets marketing department.

Check out the ad after the jump. 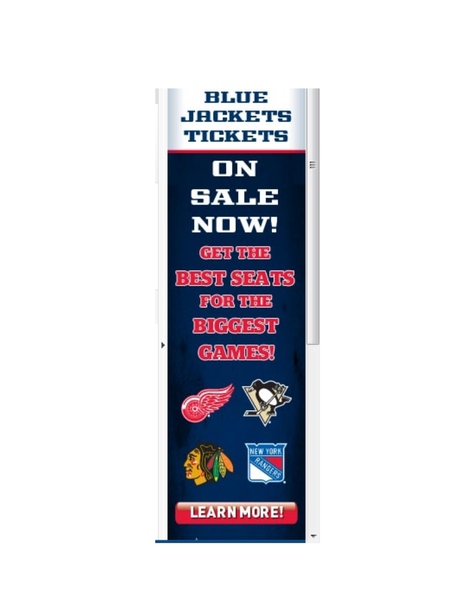 For more on the Penguins, check out PensBurgh.