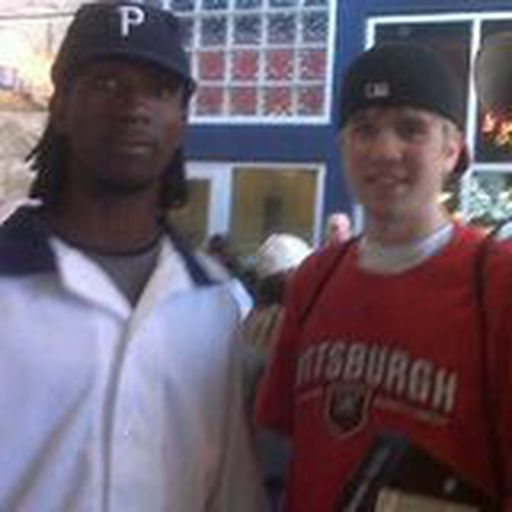 Steve is a South Hills native who is currently studying journalism at Ohio University. In addition to writing for SB Nation Pittsburgh, he is a sports writer for Speakeasy Magazine at OU and a reporter for WOUB-TV. Though he'll watch any sport that happens to be on, he has a soft spot for baseball and mid-major college basketball.

A report has surfaced that the Penn State coach interviewed with the Cleveland Browns this week.

Another stellar effort by goalie Eric Levine allowed the Colonials to upend the No. 5 Miami RedHawks to win the first ever Three Rivers Classic.

The third line of the Penn State Nittany Lions carried the team to an upset win over the Ohio State Buckeyes Saturday.

The RedHawks will face the Robert Morris Colonials in Saturday's championship game after a 1-0 win over Ohio State.

The top line of the Colonials dominated play early, propelling the team to a 6-0 win over the Penn State Nittany Lions at Consol Energy Center Friday.

The Philadelphia Eagles were finally able to score on the Pittsburgh Steelers defense, however they still trail the Steelers 10-7 after three quarters.

The Pittsburgh Steelers were finally able to break through against the Philadelphia Eagles, as they took a 10-0 lead into the locker room at halftime.

Pittsburgh Steelers linebacker LaMarr Woodley left the team's game against the Philadelphia Eagles in the second quarter with a hamstring injury. His return to the game is questionable.

Both the Eagles and Pittsburgh Steelers made big mistakes in the first quarter.