Via Ben Jones, here's a shot of former Maryland quarterback Danny O'Brien wearing a Penn State windbreaker at the Nittany Lions' spring practice on Monday. O'Brien was on hand to watch the proceedings, and it was the second time he'd visited. If Penn State were to land O'Brien, the Nittany Lions' quarterback situation would look markedly better. This could be an indication that he's headed their way. We'll see. 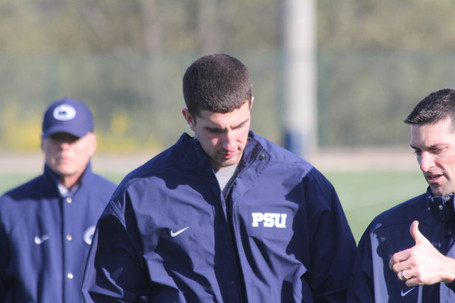