The Jerry Sandusky trial officially just went from bad to worse, with at least one man appearing outside the courtroom wearing a "Release The Tickle Monster" t-shirt.

One of Sandusky's alleged victims testified that Sandusky declared himself to be the "tickle monster" before hugging him in a shower.

So ... yeah. This is in extremely poor taste. 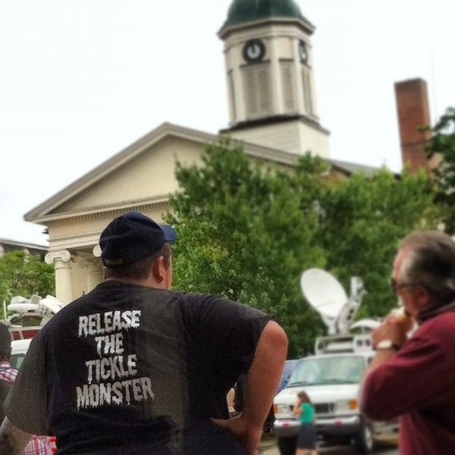