It's not often that the West Virginia and Pitt basketball programs are particularly chummy, but the NBA D-League Championship has made strange bedfellows of former WVU star Da'Sean Butler and Pitt standout Brad Wanamaker. Both Butler and Wanamaker were part of an Austin Toros team that ended up winning it all. Wanamaker scored 6.1 points per game in the postseason for the Toros. Butler scored 11.1 points per game during the regular season, but was waived in early April after suffering an injury. After the break, check out a shot of the two celebrating. 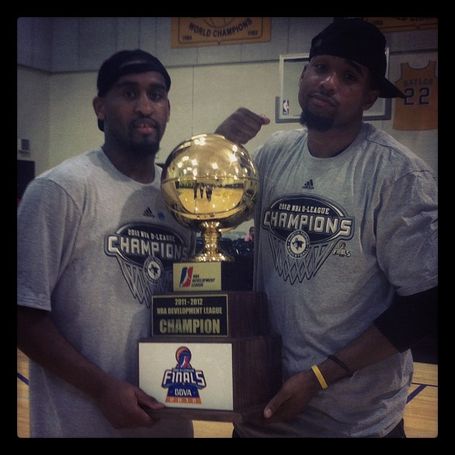