When Pittsburgh Penguins captain Sidney Crosby took the ice for the final minutes of his team's morning skate Friday, he was the only player not wearing a captain's C on his sweater. In a show of support for their injured captain, the Penguins elected to wear Cs on their uniforms. Here's an image, via PensInsideScoop: 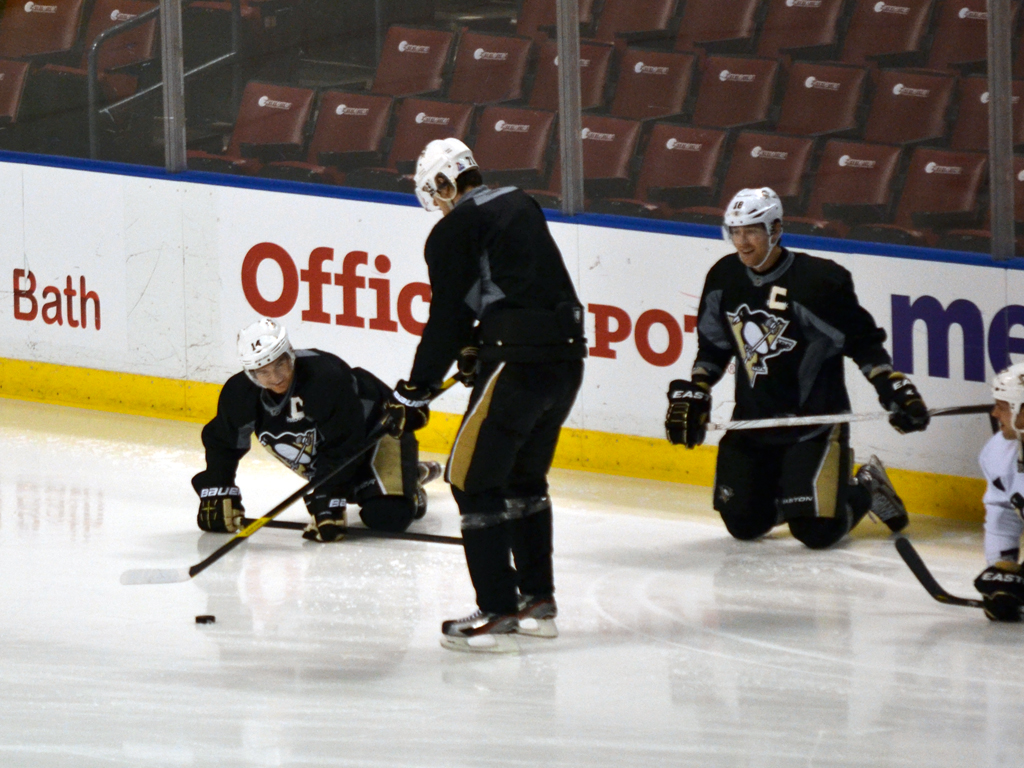 Though a nice gesture in any context, the Pens' choice here is especially noteworthy given Friday's report by Dejan Kovacevic of the Pittsburgh Tribune-Review, in which the scribe cited three sources saying "a group of players held a 45-minute meeting to discuss a temporary captaincy," as some of Crosby's teammates believe "that he's been symptom-free for a while."

As Travis Hughes of SB Nation NHL writes, that report "painted a picture of a disjointed team going through some very difficult struggles, perhaps covertly blaming the injury of their best player as to why they've fallen out of playoff position." Pittsburgh has lost six straight games to fall to No. 4 in the Atlantic Division.

Crosby has played just eight games since suffering a concussion on Jan. 5, 2011.