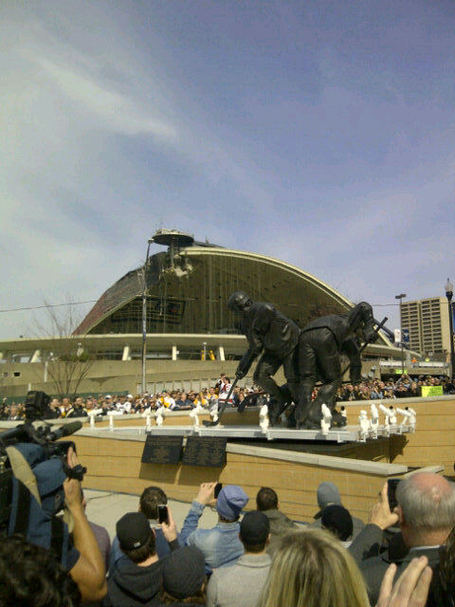 The statue is of Lemieux scoring against the New York Islanders in 1988. It might not be the prettiest possible image, but it depicts Lemieux's greatness as a player, splitting through two defensemen. The statue is about 10' by 13', and it weighs about 4,700 pounds.

As I type this Wednesday afternoon, Lemieux is speaking to the crowd that has assembled for the unveiling.

For more on the Penguins, check out PensBurgh.