The Pirates have officially signed second-round MLB Draft pick Wyatt Mathisen, and Mathisen himself has the photo to prove it.

Draft experts regarded Mathisen as one of the best catching prospects in the draft. The Pirates signed him away from a commitment to the University of Texas, paying him the entire recommended pool value of $746,300.

Check out the picture after the jump. 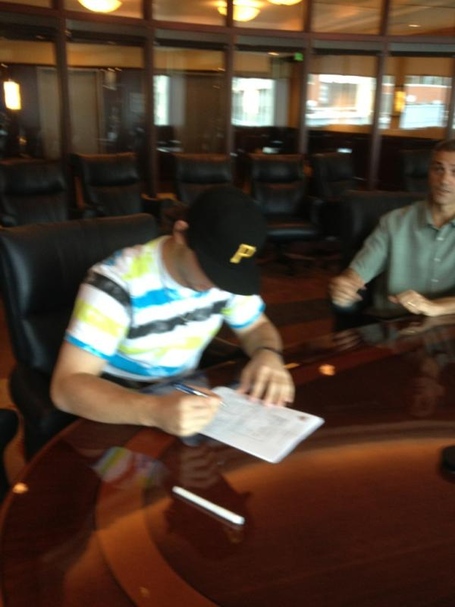 For more on the Pirates, check out Bucs Dugout.