Highly-touted Pirates prospect Starling Marte will officially make his long-awaited Major League debut against the Astros on Thursday night in Houston. The Pirates list him leading off in the lineup and playing left field. The Pittsburgh Post-Gazette's Michael Sanserino tweets that Marte has chosen No. 6 as his uniform number.

Here are some photos of Marte getting ready for Thursday's game, via the team's official Twitter account. 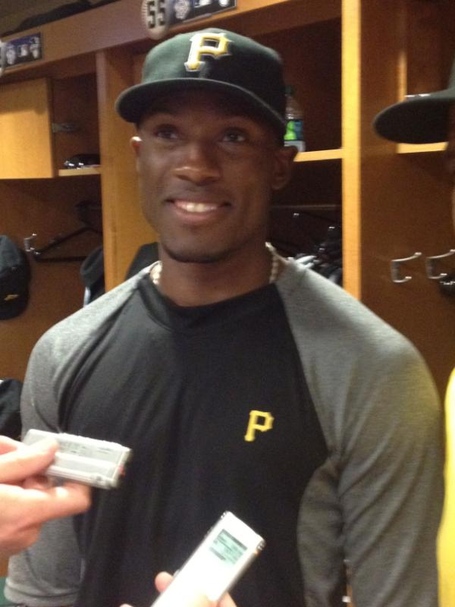 Meeting the media before the game... 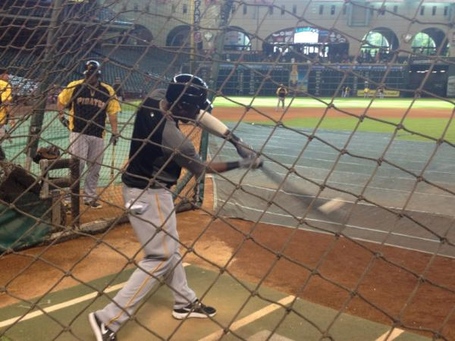