Batting leadoff for the Pittsburgh Pirates on Thursday night against the Houston Astros in his major-league debut, left fielder Starling Marte made quite the first impression. The rookie from Santo Domingo, Dominican Republic launched a home run to deep left center field on the first pitch he saw, giving the Pirates a 1-0 lead in the top of the first inning at Minute Maid Park. 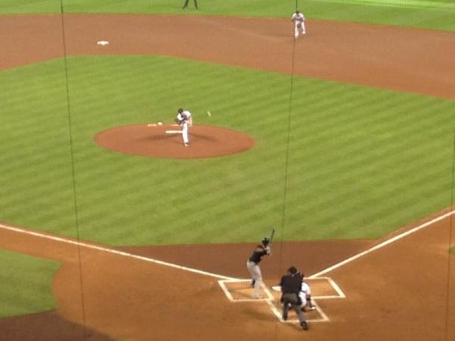 Click on the link here for video of Marte's first-inning, leadoff home run.

He had previously hit 12 home runs this season while with the Indianapolis Indians, the Bucs' Triple-A affiliate. He had also driven in 62 RBIs in Indianapolis, hitting .286.

Since, the Pirates grabbed a 5-0 after a pair of two-run homers from Garrett Jones and Clint Barmes.