One night removed from a 4-0 win over the Arizona Diamondbacks, moving them within another game of the Cincinnati Reds in the N.L. Central standings, the Pittsburgh Pirates look to keep pace with their division foes. The Reds will again face the Milwaukee Brewers, and meanwhile, the Bucs are set to square off against Arizona.

Within 3.5 games of the Reds, the Pirates will send Jeff Karstens to the mound in the hope of capturing their third consecutive win. Karstens has posted rather modest numbers with a 4-2 mark and 3.70 ERA in 10 starts this season. But his previous start against Arizona didn't go particularly well. On April 17, he was forced to leave the game against the Diamondbacks after a two-run first inning because of shoulder inflammation.

Here's the rest of the starting lineups for Pittsburgh for Tuesday night's contest, courtesy of the team's official Twitter account: 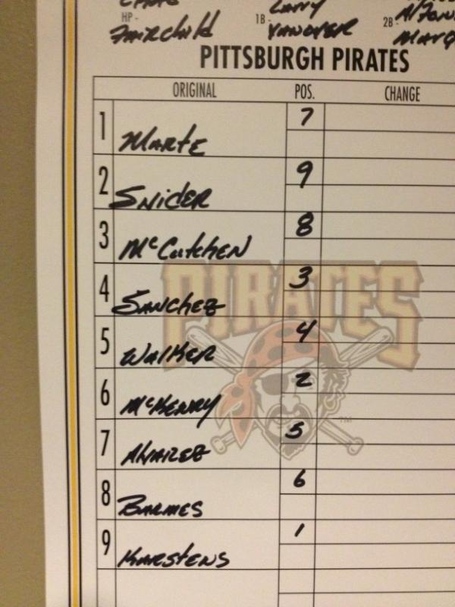 First pitch is scheduled for 7:05 p.m. EST and will be televised by ROOT Sports.

For more on the Pirates, check out Bucs Dugout.